The Lighter Side of Christmas - A 2014 Christmas Story

I was visiting my nine-year old grandson one cold and overcast December Saturday. Delighted to see me, he gave me a warm hug and immediately displayed his newest app on his smart phone - a Santa meter. He held it up to my face and explained, "The Santa meter decides whether you've been naughty or nice." As he pushed the meter activation button, my eyes became wide with anticipation. We both watched as the meter needle swung to the naughty side, bounced and then suddenly became very still. Then the app crashed. He looked at me, confused, and then he cried out, "You broke it!" I smiled and nodded as he ran away. Cuz that's how I roll Santa. The End
at December 06, 2014 No comments:

Happy Veteran's Day! I had the honor of hearing Mike Ehredt speak today. A touching and honorable story. He ran a marathon every day for 81 days and placed a flag at each mile he ran with a war veteran's name attached to the flag. http://youtu.be/GJokaiyJNVA
at November 11, 2014 No comments: 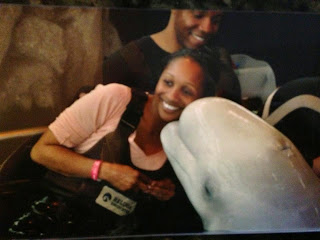 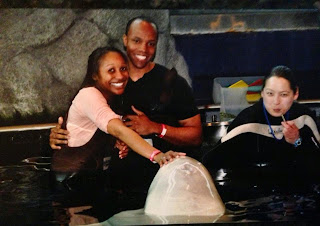 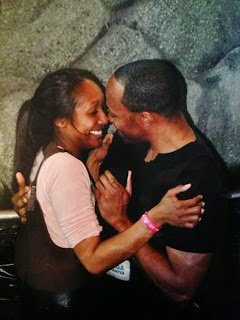 Beautiful Love story of how my new son-in-law proposed to my youngest daughter. "After dating Liz for just a short while, I realized that she was "the one". A year later, the next big question was, how do I propose to her? Then one day, the idea came to me. Last year, Liz and I attempted to go to Shedd Aquarium but due to the long line we decided to leave. So, I decided that would be the perfect setting for the proposal. Furthermore, Liz’s younger sister would be in town for spring break and that would be the perfect cover for my plan! This time, I would buy our tickets online to avoid the crowds. While online, I discovered that Shedd Aquqarium created a very special way to propose. I was delighted with this new idea and the plot thickened. On Friday, April 5, I dropped off the ring to the event coordinator at the aquarium and she placed it in a black waterproof box. On Saturday, Jacil, Liz, and I headed to the aquarium. Liz had no idea what was about to happen. As it turns out, neither did I. About an hour after we arrived, the power in the whole aquarium went out! The employees started telling everyone they had to evacuate the building. As you can imagine my mind was racing. I thought my plans were ruined and more importantly, they still had the ring! However, I kept calm and jumped into action. I went to guest services, explained the situation and they made special arrangements so that we could proceed as planned. Liz didn’t know what was going on. She thought that I was doing all of this because Jacil was in town. After I spoke with a representative, an employee led us downstairs and backstage to get ready for our Beluga whale experience. Guided by a Shedd trainer, we learned all about beluga whales as we waded in the waters of the Grainger Beluga Encounter Habitat. We spent time feeding, and petting the whale. The whale could even play fetch. The trainer threw out a Frisbee and the whale brought it back. Remember that black water proof box from earlier? Well, the trainer then threw that into the water. This time, the whale brought it to Liz! She opened it and was completely surprised by the ring box inside. She said yes, gave me this hug which I thought was going to break my ribs, and then smiled for the camera." Witnessed by 250 guests, Demetrius and Elizabeth (Liz) were happily married in a beautiful wedding ceremony in Riverside, California. They are making their home in Dallas, Texas where Dr. Anderson is opening a chiropractic and wellness office.
at September 15, 2014 No comments:

Though it usually isn’t spoken, allowed, repeated very often and denied if confronted, most people from large families usually have that one favorite aunt or uncle they worshipped and loved just a tad bit more than the others. What was it about that favorite aunt or uncle? Maybe they loved to cook and always had a spread when the family came to visit. It could have been the uncle that always pulled out his wallet and pushed some money into your hand or pocket along with a smile and the comment, ‘get yourself a little something.’ Then there was the relative that always had the no-nonsense advice – and a tall-tale to back it up. I had an uncle like that. He was my father’s oldest brother, and though he had kids who were old enough to be my parents, he played with us so much we thought of him as a big brother. We affectionately and simply called him ‘Uncle’ for as long as I can remember, and I was a teenager before I knew his real first name. I think some of my fondest memories of Uncle were the stories he told. I never knew if he was making them up, or if he was telling the truth, but I was always fascinated, as he was an amazing storyteller. Some of them bordered on the scandalous to a certain degree: “I used to be in love with my father’s brother’s wife. She was only five years older than me,” he confessed one day when I found a newspaper clipping on a history website that dated back to the 1940’s and told a story of her accidental death at the age of 30. Some were over-the-top lies that had us laughing for years after we heard the stories: He was in the hospital recovering from a heart attack once, and there was only one television. Trying to make him smile, I said, ‘Uncle – there is only one TV. If your roommate wants to watch channel 5 and you want to watch channel 7, what are you gonna do?’ He raised his eyebrows and said, “We’re gonna watch channel 7. You know that’s why I got shot, right? I was whipping someone’s ass in a bar because he changed the channel on the TV.” I said, “Uncle, I thought you had a heart attack?” He paused, raised his eyebrows again and laughed. “Oh, yeah, well, after I whipped his behind, I had a heart attack.” Though he didn’t drink, he hung out on the street corners of south Los Angeles along with a variety of colorful characters: winos, gamblers and the neighborhood postman, giving them all a taste of his philosophy on life: “Do what you want to do – and do what makes you happy.” At 82 years old, I could pick up the phone, call him in the middle of the night and we would talk for hours. If I drove out for a visit, we’d go to the cemetery and visit the graves of our ancestors, and I’d really be in for a treat then, because he always had a new story to tell me about one of them, something he had never told me before or something he made up. Last summer one of my best friends and I drove to L.A. for the day and decided to stop by his house and say hi. He immediately began to fuss at us, saying we were too pretty to be running the streets of Los Angeles alone. “Where are your men?” He said. “Do they know you are out here by yourselves?” A humorous Mack Daddy, he called me several times and left messages on my voice mail to tell my girlfriend ‘She Sho Was Pretty – Tell Her I said Hey.” I guess it was the way he said it that makes me smile to this day – a tinge of a southern accent, a soulful drawl, sexy but not creepy. I think it’s so cool to remember someone this way. Uncle passed away in his sleep on February 3, 2014. I had my initial cry, but I also thought about the awesome times we had and the stories he told. I don’t even care whether or not they were true or fictitious. I think I just love the fact that he took the time to make them up, just to make me smile. Good night Uncle Willie Gant. I’ll see you in the morning.
at February 03, 2014 No comments: